Video projection and aquariums containing classically mutated zebrafish based on themes drawn from developmental biology and genetics. Commissioned by Dr Emilie Gomart, guest curator for the Centraal Museum, Utrecht as part of Genesis (Life at the end of the information age), an international exhibition featuring work from artists and scientists and describing parallels between art, the life sciences, computer technology and genetics and presenting key historical models of life systems such as the Crick and Watson DNA model, early computer films, cybernetic art, genetic artefacts and live organisms. 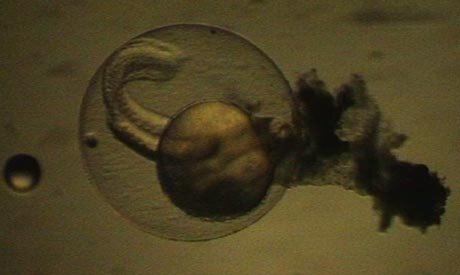 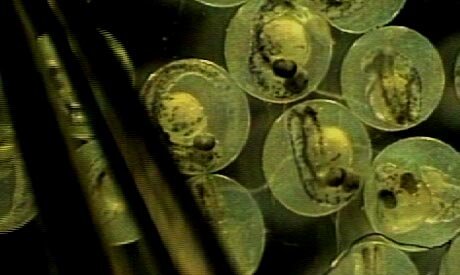 Zebrafish are part of a pantheon of model organisms deliberately bred to study vertabrate development. The fish are small and breed quickly and inexpensive to maintain in large numbers and they are used to search for mutations randomly and then selectively bred. Several genes that control the expression of the human body plan have nucleotide sequences found in a common pattern in zebrafish. These patterns are exposed in the zebrafish genome using Mendelian forward genetics.

Microscopic evaluations capture the essence of the life force as movement, but paradoxically, making and umaking the gene requires a pathological trespass into the mystery it seeks to reveal. In the microscopic study of fetal growth in living mutations, physical contact and looking create tremors and palpitations that are tactile and reactive and invariably fatal. Visual distortions, physical vibrations, reflections, shadows, scratches, detritus and microbial parasites randomly appear. In Tremor, the difficult co-ordination of the eye and hand, the limitations of a fixed viewpoint and narrow field of view, the optical ambiguities, crude movements, anticipated touch and sensory detail are used to engage the viewer in a visceral and psychological reading of a mediated life form. 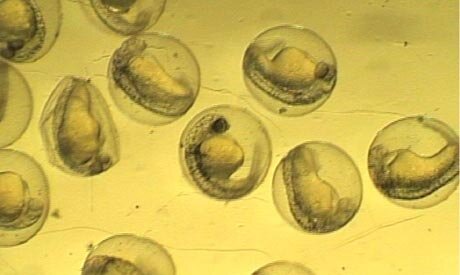 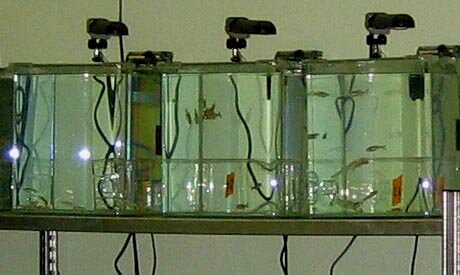 Tremor was made with the scientific facilities and support in the Netherlands and the UK. Video microscopy facilities and collaboration were generously provided by Jonathan Clarke and David Becker at the Centre for Cell and Molecular Dynamics, University College, London and Carole Wilson, manager of UCL Zebrafish Facility. Zebrafish were donated by Bas Defize and Dr. S. Schulte-Merker from the Hubrecht Laboratory. Audio design made in collaboration with David Strang.

The previous post was GENESIS - The Art of Creation.