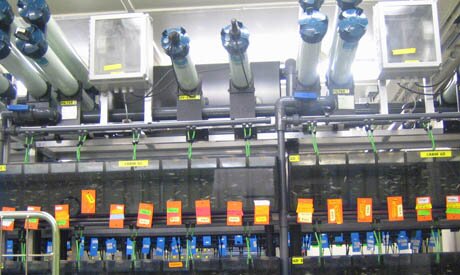 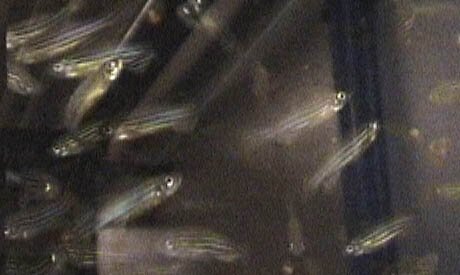 The transparency and motion of the fish coalesce and suggest the change, migration and transcription of bases of DNA

Biotic Life
In genetic studies, the zebrafish is perceived as a kind of ensemble of characteristics. Genetic point mutations, deletions and insertions are used to determine phenotypic consequences. The cutting and tearing apart of the zebrafish at the molecular level and observing the regrowth of its body is replayed and replayed as a way of learning and harnessing it's immune system. As the fish are bred their immune defences are both encouraged by the duty of care provided by technicians and tested to the limit by forced mutations. As living entities they have a twilight biotic existence that is easily interrupted and dependent on scientific interpretation. A surreal counterpart of their functionality as genetic models is their imagined transformation into spectral and mirror images of potential humans. Zebrafish Danio Rerio is part of a pantheon of model organisms used to study vertebrate development. Zebrafish are used as a genetic model system because they are small, breed quickly and are inexpensive to maintain in large numbers. These characteristics make the zebrafish useful for classical genetic analysis. Classical genetics refers to the search for mutations that distort specific biological events without foreknowledge of the genes or gene involved. 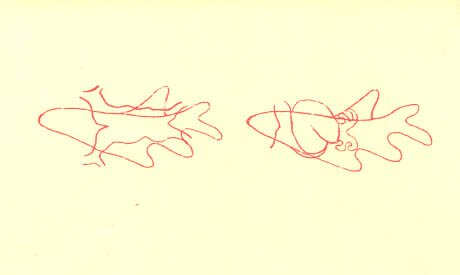 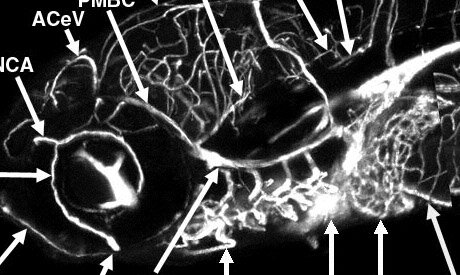 Breeding
Zebrafish mating pairs yield hundreds of embryos at weekly intervals. Their mating habits are diurnal, initiated by light. Zebrafish embryos are obtained by placing an adult male and female together in a breeding cage in the evening. Fertilisation occurs externally. Male and female gametes are released into the water and the activated sperm must quickly encounter and fertilise the eggs. The fertilised eggs fall through a mesh at the bottom of the tank. The eggs are then collected and raised in Petri dishes in a temperature-controlled incubator and are accessible for observation and manipulation throughout embryonic development. The timing of developmental events is affected by temperature. Higher and lower temperatures have an effect on the speed of development. The striking transparency of the embryos facilitates the observation of morphological structures in vivo without the need for fixing and staining. The breeding tanks transform the fish into novel living artefacts. 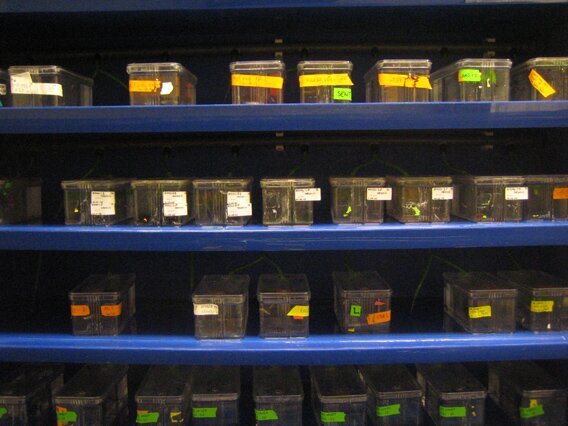 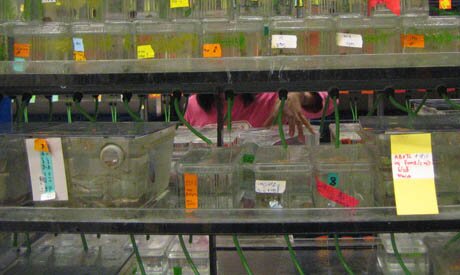 Faulty Genes
There are many mutations affecting cardiac morphogenesis in zebrafish and many of these have been identified according to specific genes. 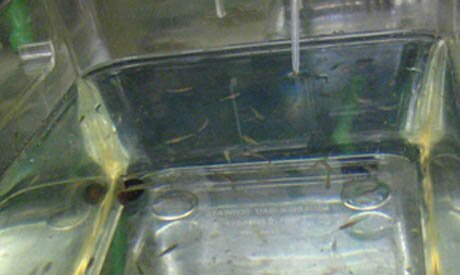 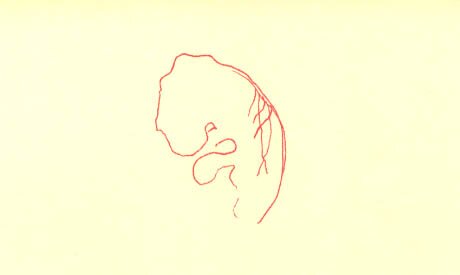 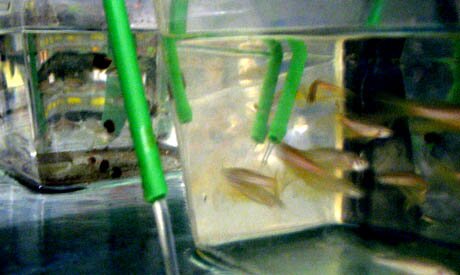